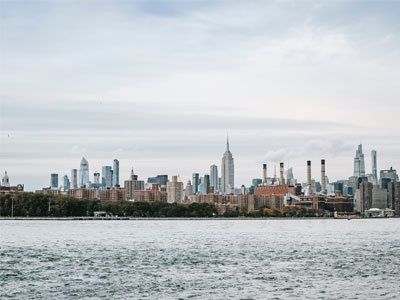 The east coast of the US is home to some of the most historic cities with New York, Philadelphia and Washington DC all clinging to the Atlantic. Begin and end in the hustle and bustle of New York; enjoy Times Square, Central Park, Manhattan and the Statue of Liberty before heading on to Philadelphia, where a historical tour is just the thing to work up an appetite for some authentic Philly cuisine. Discover some of the most important monuments in the country in Washington and visit to beautiful Niagara Fall in Buffalo. Orlando, a city in central Florida, is home to more than a dozen theme parks. Chief among its claims to fame is Walt Disney World and Universal Orlando,
The West Coast or Pacific Coast is the coastline along which the contiguous Western United States meets the North Pacific Ocean. Stretching from San Diego to Seattle, the West Coast of the United States is home to artists of all kinds. Cities like Los Angeles offer peeks into the film industry, while San Francisco is a cradle of technological innovation. Las Vegas is a resort town famed for its buzzing energy, 24-hour casinos and endless entertainment options