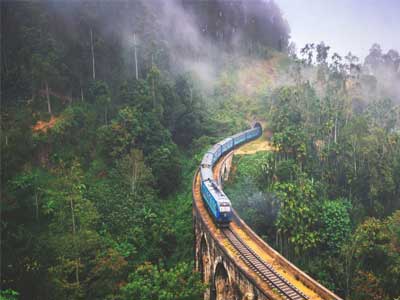 (formerly Ceylon), a tiny island nation south of India in the Indian Ocean, is a rugged land of rainforest, diverse wildlife and endless beaches. It’s famed for its ancient Buddhist ruins, including the 5th-century citadel Sigiriya, with its palace and frescoes, and the sacred city of Anuradhapura. Its flavorful cuisine reflects its history as a maritime hub and cultural melting pot. Kandy remains a bastion of Sinhalese culture and religion, home to the island’s most revered Buddhist temple, the Temple of the Tooth, its most sacred relic and its most magnificent festival, the Esala Perahera Nuwara Eliya (City of Lights) is a resort city in the Central Mountain Range of Sri Lanka. Blessed a with salubrious climate, breathtaking views of valleys, meadows, mountains and greenery , is an all time favorite hill station. Colombo is one of Sri Lanka’s most iconic travel destinations and home to an amazing array of sights, activities and events. Even first time visitors to Colombo will quickly be enthralled by how fun and fascinating Colombo really can be.