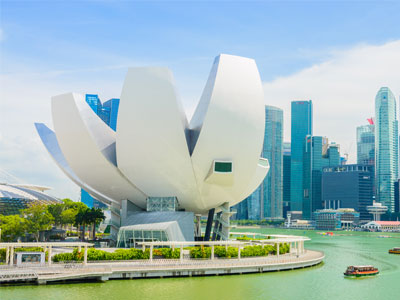 Singapore , officially the Republic of Singapore, and often referred to as the Lion City , the Garden City and the Red Dot is a global city in Southeast Asia and the world’s only island city-state. Singapore offers luxury hotels, delectable cuisine and great shopping! The country includes the island of Singapore and 58 or so smaller islands.
Singapore is in fact ,one of the most enjoyable cities in South East Asia and has lots to offer . You could stroll through the fashion emporiums of Orchard Parade, antique shops in Chinatown or walk around in one of the beautiful city parks , dive with the sharks at the Underwater world or visit the Singapore Zoo or encounter rare species at Jurong Bird Park , enjoy spectacular Night safari and not to forget the Universal studios which is a one- of-its kind theme park in Asia